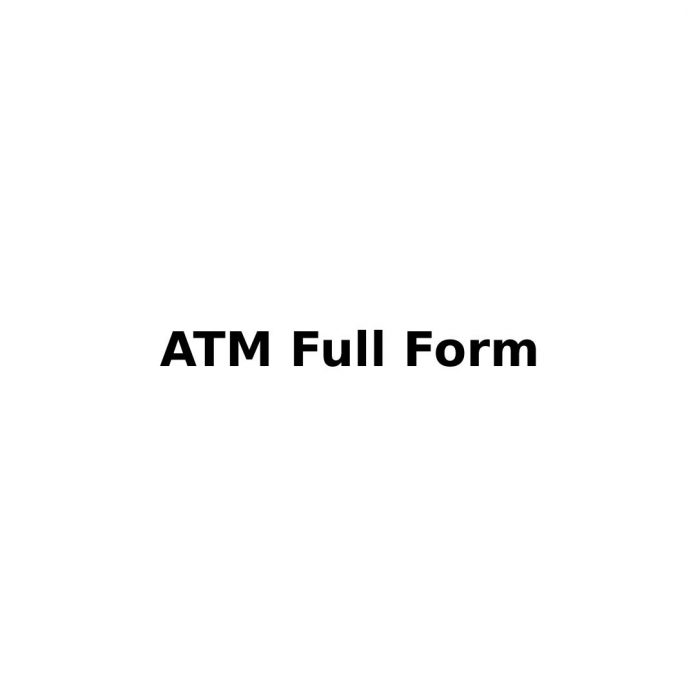 What is the full form of ATM?

The full form of ATM is Automated teller machine. It is a self-service machine that dispenses cash and performs other banking transactions. ATM machines are typically located in public places, such as banks, airports, and grocery stores.

ATM machines were first introduced in the early 1970s, and they have revolutionized the way people access to cash. Today, there are more than two million ATM machines in operation around the world, and they are used by billions of people every day.

ATMs were originally designed to help banks offer 24-hour service to their customers. But over time, they have become much more than that. Today, ATMs are used for a variety of purposes, including withdrawal of cash, deposits, balance inquiries, and even transferring funds between accounts.