Difference Between Firewall And Antivirus 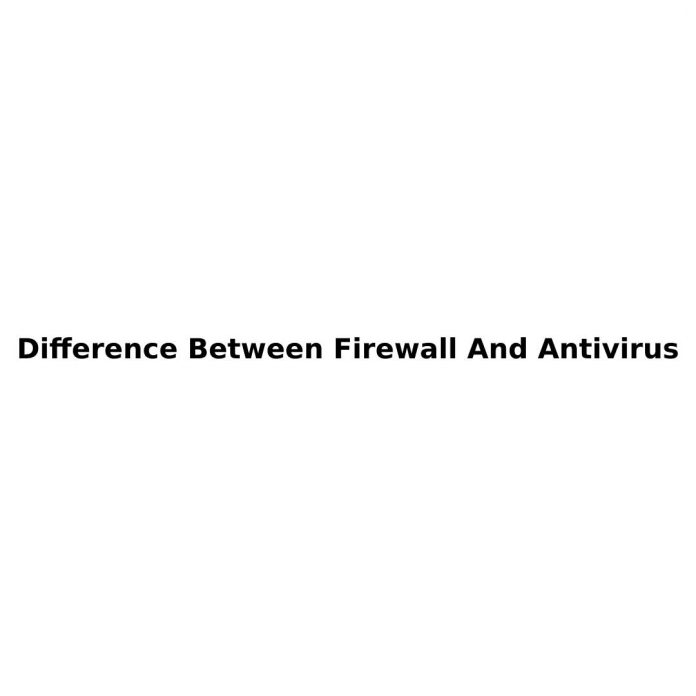 With all the recent news about cybercrime and cyberattacks, it’s important to be aware of the different types of security measures you can take to protect yourself. In this article, we’ll explore the difference between a firewall and an antivirus program and help you decide which one is best for you.

A firewall is a computer security measure that protects networks from unauthorized access and attack. It accomplishes this by controlling the flow of data between computers on a network. A firewall protects systems by preventing unauthorized users from accessing files and resources on the network, as well as from sending harmful or unauthorized packets to other systems on the network.

The most common type of firewall is an application-level firewall, which sits between a user’s applications and the network. It can block incoming requests for certain ports and protocols, or it can permit only specific types of requests. Firewalls at the networking level can also be used to control traffic in and out of a network.

Firewall protection is important because it helps prevent unauthorized access to your computer; antivirus protection helps protect your computer against viruses and other malware that could steal your personal information or damage your computer system

Antivirus is a type of software that helps protect computers from viruses. Viruses are small programs that hijack the computer and can damage or destroy the files on the computer. Antivirus software scans files to see if they contain viruses and then removes them if they do.

Difference Between a Firewall and Antivirus

A firewall is primarily designed to protect computers from unauthorized access and malware. Antivirus software, on the other hand, is designed to protect computer users from viruses. A firewall will typically block all incoming traffic unless it is specifically allowed by the user. Antivirus software will typically scan each incoming file for viruses and then allow the file to proceed or quarantine the file for further analysis.

Firewalls are beneficial for protecting a computer from unauthorized access and malware. Antivirus software, on the other hand, can be beneficial in protecting computer users from viruses.

How a Firewall Protects Your Computer

A firewall also helps to protect your computer by controlling the traffic that comes in and out of your computer. By blocking certain types of traffic, a firewall can help to prevent hackers from gaining access to your computer or data.

While a firewall can help to protect your computer, it is not 100% effective. A firewall cannot detect all types of threats, and it may not be able to block all attacks. If you are concerned about your security, you should also consider using an antivirus program.

How a Antivirus Protects Your Computer

A firewall blocks outside access to your computer while allowing necessary traffic in. This can help protect your computer from viruses, Trojans, and other malicious software. antivirus software goes one step further by scanning files and programs for known malware.