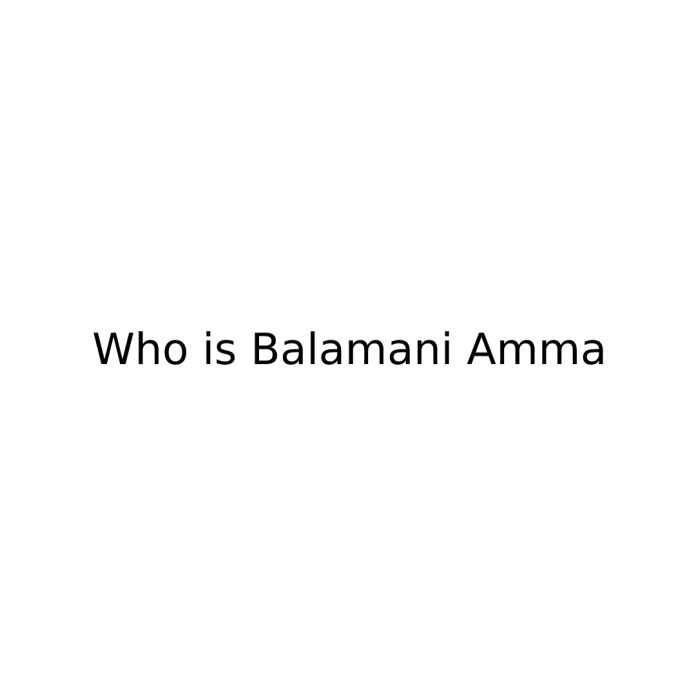 Recently google doodle celebrated 113th birthday of famous Indian poet Balamani Amma, known as the grandmother of Malayam literature. She is born in Kerala’s Thrissur district, A number of awards were given to Balamani Amma for her literary work, including the Saraswati Samman and the Padma Vibhushan, India’s second-highest civilian honor. Balamani Amma was also the mother of kamala das, who was nominated for the nobel prize in literature in 1984.

Amma grew up studying the impressive library of books and works of her uncle Nalappat Narayana Menon, who was also a popular Malayali poet. She never received any formal education and was homeschooled by his uncle. At the age of 19, she married to V.M. Nair, the managing director and managing editor of the Malayalam newspaper Mathrubhumi.

The first poem written by her is named as Kooppukai, and was published in 1930. She was just 21 year old that time. Her first recognition as a poet came from the former ruler of kingdom of cochin, parikshith Thampuran, who awarded her with the Sahithya Nipuna Puraskaram.

She was also known as the poetess of motherhood. Her works adopted the ideas and stories of mythological characters. She has written so many poems some of them include Amma(1934), Muthassi (1962) and Mazhuvinte (1966). She has published more than 20 anthologies of poetry, prose and translation, Amma passed away in 2004 and her cremation was attended with full state honors.