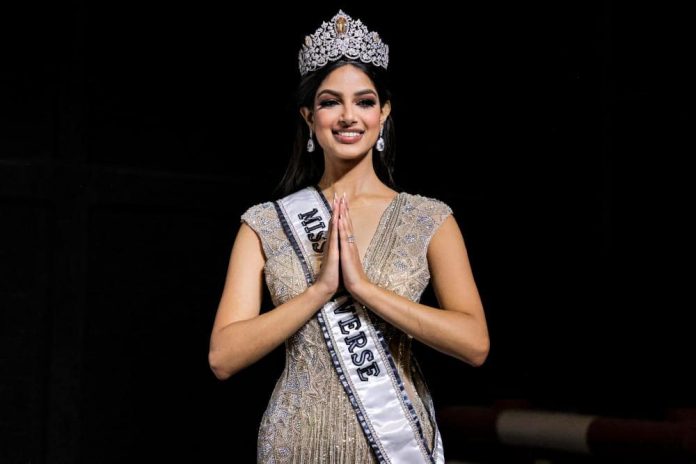 “Great things happen to those who don’t stop believing, trying, learning, and being grateful.” Actually, It happens All you just need is to be focused and stay motivated towards your goal. In this article we are sharing the story of a small-town girl who believes in herself and focused on her goal which makes her and our country proud today.

Harnaaz Sandhu was a hidden name for most of us quite days before now she is one of the most searched people on Wikipedia. The 21 years small girl from Chandigarh has won the title of Miss Universe and bought crown for India after 21 years. A huge achievement for all of us.  Let’s move on to the main topic and get to know some lesser-known facts about The Diva ( Harnaaz Sandhu).

Harnaaz Sandhu was born in the kohali village of Gurdaspur district (Punjab) in the year 2000. She belongs to a Sikh family. In 2006 her family moved to England but after spending almost 2 years they came back to India. They lived in Chandigarh where she did her education. Where Harnaaz father initially he was unaware that her daughter was interested in participating in beauty contest. Harnaaz along with her mother hide it from her father until she won her first contest. She started her modeling journey in her teens. According to Harnaaz father she participated in different events and shows and eventually got directed towards the pageant by herself.

In 2018 Harnaaz Sandhu emerged as the miss max emerging start India. The Grand finale was held in Infinite mall in Malad, Mumbai. Also she participated in the Femina Miss India 2019 beauty pageant while competing with 29 other girls across the country where she ended up being in the 12th top position.

You can find out all the important info about her quickly in the below table.

Here is the most awaited Moment of her life given below:

The 21-year-old from Punjab representing India at the 70th Miss Universe 2021, kept in Eilat, Israel, earned the crown, 21 years after Lara Dutta won the title in 2000. She edged out contestants Paraguay and South Africa to claim the crown.

Sandhu was presented the crown by Andrea Meza, former Miss Universe 2020 from Mexico at the event which was live-streamed around the world.