TOP MYTHICAL PLACES TO VISIT IN THE USA 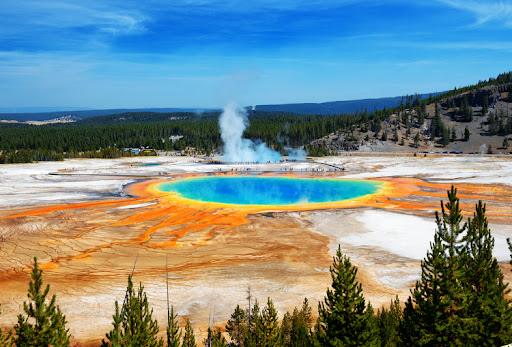 The United States and its 50 states are a destination of choice for exceptional vacations. Due to their size, they offer holidaymakers an immense diversity of sites to discover. From north to south, from east to west, the country is full of mythical places as exceptional as each other. Monument Valley, the Grand Canyon, and the Statue of Liberty are all amazing. But before leaving, you must tackle the administrative part of your stay, OThingstodo.com travel experts give you all the details on this subject.

The Statue of Liberty in New York

The Monument Valley in Arizona

In Arizona, an exceptional site awaits you, the Monument Valley. In the American West, it is one of the must-visit places. It is known to be the location of a hundred films! Moreover, the Monument Valley has today become the symbol of the West. What is interesting about this site is to gets there just before sunset. Many travelers take the car to admire it. So, don’t forget your camera to immortalize this exceptional panorama!

California itself is worth the detour. This state attracts travelers thanks to its exceptional landscapes which are constantly being renewed. But if you go there, I advise you to admire an element of mythical architecture: the Golden Gate Bridge. This sublime San Francisco bridge offers breathtaking views of the surrounding area. You can cross the bridge on foot or by bike. But, whatever means of transport you take, the crossing promises to be magnificent. Note that the bridge is a necessary passage to get to the viewpoint of Battery Spencer View in the North West.

Discover the casino hotels of Las Vegas in Nevada

Who says Las Vegas says party and excess. The city is known for all its eccentricities and casinos. These hotel-casinos attract tourists from all over the world, located in the heart of the desert, in an exceptional setting. What attracted me to these establishments is their extravagance: they all compete in eccentricity to seduce players and casino enthusiasts! In the city, you can admire many incredible monuments.

Visit Arizona and its Grand Canyon

You’ve probably heard of the Grand Canyon before. In the photos, the site looks beautiful. But when you get there, the sight is even more incredible. The site is known to be the largest gorge in the United States. It was created naturally, carved out by the Colorado River. The Grand Canyon can be explored on foot, by balloon, or by plane. The choice is yours!

Follow Route 66 to discover 8 states from Illinois to California

In the United States, even the roads promise you exceptional discoveries. Route 66, for example, is an integral part of American history. This mythical route serves Los Angeles from Chicago. 5,000 km long, it crosses straight through American territory! Today, much of this legendary road has been modernized. You can, however, still see the old roads of the American Dream. To make the most of it, I advise you to organize a road trip during your stay.

If there is a must for lovers of the 7th art, it is undoubtedly the Walk of Fame. From Vermont Avenue to Sunset Boulevard, this avenue lists more than 2,200 movie names. Charlie Chaplin or Neil Armstrong, many film and media stars have a star in their name on this avenue. This passage is also mandatory if you plan to join the City of Angels.

Along the Mississippi River, from Minnesota to Louisiana

The Mississippi River is famous, even in animated movies. Also, it is no surprise that it is on the list of mythical places to visit in the United States. This river crosses several major American cities, including Saint-Louis, Memphis, Baton Rouge, and New Orleans. Perfect for a cruise with family or lovers! However, if you come in summer, avoid getting too close to it, because it is invaded by mosquitoes.

This site is one of the most beautiful sites to discover in Utah. It is known for its long orange footbridge which overlooks a desert valley. Moreover, the bridge has made the cover of many American books and magazines. What attracted me to this bridge is the view it offers: from the bridge, you will enjoy breathtaking views of the Colorado River and Green River canyons!