Places to Visit in Himachal Pradesh 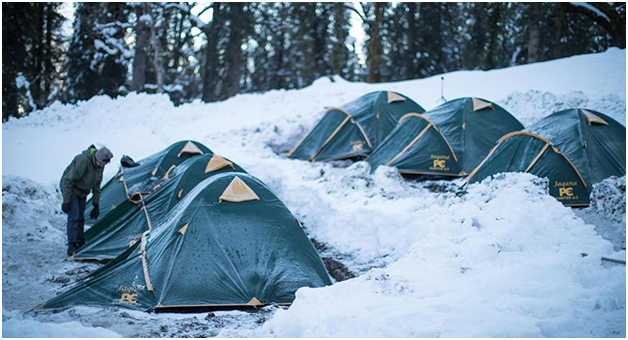 The Kheerganga trek is believed to be the most well-known and popular of all the Parvati Valley excursions. This hiking trail takes you through some of the most beautiful scenery in the area. It does not necessitate a significant amount of time or prior trekking experience, making it excellent for any novice trekker or traveller. While travelling around the magnificent terrain of Himachal Pradesh, you can observe those breathtaking natural wonders. On the trail, there are a few wooden crossings and a few slick sections. During the hike to Kheerganga from Kasol, one can rest their eyes on a plethora of gorgeous waterfalls, each of which should be photographed.

The Great Himalayan National Park is an expenditure in one’s spiritual well-being. It is around 78 kilometres from Kasol. The park is surrounded on three sides by the Himalayas, and the western entry through Tirthan valley leads up to the Pin Parvati pass. This Himalayan national park is revered as one of the most sacred in the world. Its vast biodiversity includes threatened western Himalayan fauna and large snow cats. This location is also a UNESCO World Heritage Site. Morhani Trek, Tirath Trek, Shrikhand Mahadev Trek, Sainj Valley-Rakti Star Trek, Gushaini to Rakhundi Trek, Neuli – Homkhani Trek, Gushaini to Shilt, Jiwa Nala to Parvati River Valley Trek, traversing Pin Parvati Pass are some of the trek trails within the park. The months of April to June and September to November are ideal for visiting this park.
This Nature park is situated at the heart of Kasol and is ideal for non-trekkers who want to enjoy local sightseeing. This park has a playground for children as well as a trail to wander along among the tall, dense trees and a river stream.
Malana Village
This village is considered to have Himachal Pradesh’s ancient democracy. This remote community is 19 kilometres from Kasol. This is the place to go if you want to be completely cut off from the rest of the world. This modest community is next to a river, away from the chaos and activity of the valley. This location is devoid of civilization, making it suitable for individuals seeking to reconnect with nature. The inhabitants live in modest houses surrounded by lush foliage, giving the impression that they are living in a picture. Mountain peaks such as Chanderkhani and Deo Tibba can be viewed from here.

Jibhi is yet another undiscovered village within a 100-kilometer radius of Kasol. Jibhi is located in the Banjaur region, close to Tirthan Valley. It is encircled by deep trees and waterfalls. Trekkers can easily visit Jalori Pass, Jibhi waterfall, Serolsar Lake, and Choi waterfall from Jibhi settlement. Jibhi is the ideal location for such a slow, peaceful trek. The modest and compact houses on the hill’s edge provide a comfortable alpine refuge. Other destinations within a 100-kilometer radius of Kasol include Solang Valley , Naggar , Manali , Pulga, Shoja, Manikaran, and Khanni Pass. Local attractions include the Kasol waterfall, the Chalal Trek Trail, sunrise/sunset sites, and the Kasol Camps. Kasol is also a fantastic place to go trout fishing. Shopping for local goods in local marketplaces is advised. The market mostly sells Himachali woollen shawls, mufflers, gloves, and other accessories.

The Parvati River, which flows from the Mantalai glacier and merges with the Beas River at Bhuntar, is undoubtedly one of Kasol’s most popular tourist destinations. The Parvati River valley is a sight in and of itself. The calm of the river is enhanced by the presence of snow-capped mountains in the background. While being in the valley, visitors can participate in a variety of adventure activities such as rock climbing and trekking. Water sports such as river rafting are also available on the Parvati River. If you wish to go fishing, you must first obtain permission from the Forest Department.
The greatest time to visit the Parvati River is from April to June, when the river is at its highest and the weather is favourable. It is best to avoid visiting the Parvati River during the rainy season because it is prone to floods.

The soul-satisfying environment of Manikaran Sahib Gurudwara religious site is enough to keep tourists coming back. This sacred location is teeming with devotees, first-time guests, and repeat visitors. The gurdwara’s hot spring is said to be therapeutic, and you can take a plunge in it. The various components found in this hot spring have been shown to have therapeutic qualities. In fact, the hot spring water is used to boil the food prepared for the Gurudwara’s langar.
The Gurudwara is revered by Hindus and Sikhs equally for its sacred significance. The grounds of this place are steeped in Lord Shiva and Guru Nanak’s ancient history. Gurudwara, which is located on the banks of the Parvati River, also offers stunning views of the mountains and valleys.