Christmas 2021: Why It is celebrated on 25 December 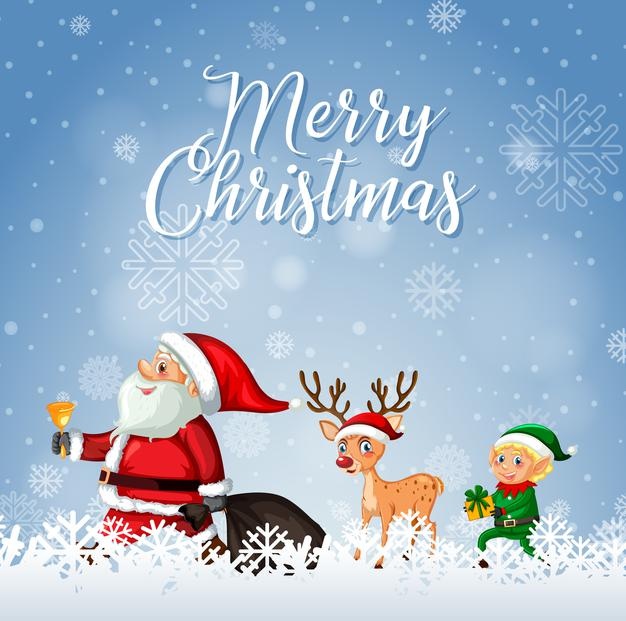 Christmas is one the most important and well known festival across the globe. It is celebrated on 25th December. The main reason of celebrating this festival on 25th December is that according to people It is the day when the Jesus born.

It is celebrated religiously by a majority of Christians.Christmas day is the public holiday in many countries. The popular custom during celebrating Christmas includes exchanging of gifts, decorating Christmas trees, attending church, sharing meals with family and friends and of course the most awaited part is waiting for Santa Claus to arrive.

Is Xmas Truly the Day Jesus Was Born?

The short answer is no. It is not believed that Jesus was born on the day Christmas. Rather, Xmas was chosen as a convenient celebratory day on the same day of a pagan holiday according to History Channel. The holiday was commemorated as the Roman pagan solstice, or “birthday of the unconquered sun,” which began on December 17 and also finished December 25.

The Jesus was a child of Jewish family living under a foreign regime. He was born in extended family living away from home. And his family fled from a king who sought to kill him because he posed a political threat. The Jesus tale, in its historical context, is one of human fear and also divine grace, of human abuse and magnificent love. It is a story that claims God ended up being human in the form of one that is at risk, poor and also displaced in order to unveil the injustice of oppressive power.

People have either hated him or loved him many have given their lives for him. Some people even try to deny that he ever existed. Other says he was a good teacher. Some call him their saviors too. The death of Jesus followers greatly impacted his followers.

Those people have told their experiences how Jesus has changed their lives and others whom he had touched. The world today has embraced diversity to educate others about their culture and religious beliefs with the exception of Christianity. It seems that the more strongly the world protest hearing the name of Jesus , the more clear it shows he is alive and active on earth.

The Origins of Santa Claus

When we think of Santa Claus we picture a plump a jolly man in red suit our mind who delivers gifts. But unfortunately Santa Claus is very different from his widely known persona today. Santa Claus hails from the north pole, He was actually a New York who came in to world on west 23rd street that is now the trendy Chelsea neighborhood.

In 1809, Washington Irving released his book Knickerbocker’s Background of New York city as well as in it defined a pipe-smoking Nicholas skyrocketing over the rooftops in a flying wagon, providing presents to excellent girls and children and switches to bad ones.

Then in 1822, Clement Clarke Moore composed the poem “A Browse through From St. Nicholas”– better called “The Evening Before Christmas”– for his youngsters. The story’s version of the plump, happy Santa riding a sleigh driven by eight reindeer went was published the following year as well as went viral.

Fun Christmas Tradition you should do every Christmas

Read the Christmas story in bible:
Reading the story of Christ’s birth is a wonderful way to end the beautiful Christmas night. Christmas is filled with happiness, positivity, presents, making a big dinner. So it would be great idea to take some time to know about what the holiday is really about.

Give a Christmas eve box

This was new to me too. And initially I totally avoid it (due to the fact that we’re currently offering gifts, why include an additional present?). Yet, it’s basically simply a designated box that you can recycle every year (this is type of what makes it special) loaded with some little points that you would probably offer to the kids on Christmas Eve anyway.

Bake a cake for Jesus

On Christmas eve bake a cake for Jesus. This is one of the most beautiful tradition you should opt on every Christmas. Just a make a simple cake for Jesus light up a candle and sing happy birthday to Jesus. This makes the day more special.

All day pajama day with games and treats

Some families go all in on Christmas fun day filled with playing games. They bake pizzas cookies and Christmas crafts to make this day very special. People love to wear matching Christmas t-shirts and pajamas of course.

The most important thing is that just knowing about the facts an festival makes it more special. Just be open and try new activities with your family. You never know what is going to stick and become your new Christmas tradition.